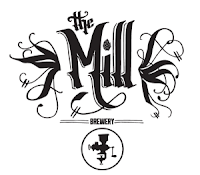 STATS
The Mill Brewery was opened by Mirek Aldridge in March 2017, after 6 months of hard work turning an old warehouse into a fully functional brewery. Quickly it established itself as a local secret in Collingwood. Until the recent COVID-19 pandemic, and the accompanying mad rush of canned beers, the beers were very rarely found outside the walls of the old mechanics shop on Sackville Street with the odd packaged release from time to time. 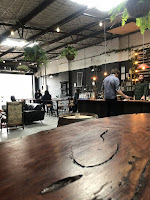 The story starts about 10 years before the events that saw The Mill come to fruition. He had his epiphany moment at Little Creatures in Fremantle, enjoying their iconic Pale Ale with his brother. This led him down the slippery slope of homebrewing, which after 5 years looking for the perfect site eventually culminated in his completion of the journey to pro-brewer.

Having started with a 70L homebrew kit, the transition to 600L kit wasn't as daunting as it would be for some. Mirek's processes have remained the same, testing recipes on his homebrew kit before scaling them up for commercial release. His brewery is tucked away at the back of the warehouse, passed the long bar, featuring 9 taps, made out of a solid piece of red gum.

There's more beautiful red gum throughout the building; red gum tables line the painted brick walls, complete with stools reminiscent of the old Corona mill Mirek started out homebrewing with which lends its name to the brewery. There's some couches around a fireplace, something that strangely doesn't feel out of place in an old industrial building, you'll also find a table tennis table, some barrels, plenty of outdoor seating & plants hanging from every imaginable place. 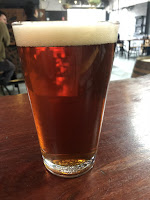 Since their inception the brewery has operated with a variety of foodtrucks parked out the front. Over time this turned into their own pizza caravan. During the first COVID-19 shutdown, they've brought the kitchen inside which is something I'll be very keen to check out when I'm next able to visit.

The resurgence of malty lagers in the past 18 months has to be one of the best things to happen to craft beer in recent years. The wonderfully named Marzen Scoresese is one such beer & the focus of my attention. It has lovely toasty malt flavours, with the slightest hint of smoke on the backend. Thinking about this beer has me pining for normality, as it's the perfect beer to sit on all afternoon at the brewery with friends.

Remember it's always Beer O'Clock somewhere in the world!
Posted by Noz at 23:49

Email ThisBlogThis!Share to TwitterShare to FacebookShare to Pinterest
Labels: Australia, Oktoberfest (Marzen), The Year of Local